* In case of any delay in receiving the OTP, you may verify it later. Please proceed without verification.

Enter your City name or Pincode

Siddipet is a city based in the Siddipet district of the Indian state of Telangana. Siddipet is a city based in the Siddipet district of Telangana, which is also a municipality. It also happens to be the headquarters of Siddipet mandal in Siddipet revenue division. According to the 2011 census of India, Siddipet had a population of 65,158 in 2009 that rose to 111,358 in 2011. This happened as a result of merger with many of the other surrounding villages. As per records, the town has a total of 25,517 households and the population constitute, 55,432 males and 55,926 females. It has a sex ratio of 1009 females per 1000 males. Siddipet municipality had been formed in the year 1952 and since then it has spread over an area of 36.03 km2 (13.91 sq mi) with 34 municipal wards. Siddipet comes under Siddipet (Assembly constituency) and is a part of Medak (Lok Sabha constituency) of Telangana Legislative Assembly.

Siddipet is located at 18.1°N 78.85°E and the region has an average elevation of 675 metres (2,215 ft). There are two major lakes in the district including the Komati Cheruvu, Narsapur Cheruvu and the Yerra Cheruvu that make the region fertile and also provide water for various commercial and agriculture purposes.


How to reach Siddipet

One of the easiest ways to reach Siddipet would be via road. You can access the district easily from Hyderabad. It has an international airport which makes connectivity much easier. Once you reach Hyderabad you can take a bus or train from there to Siddipet. Along with this, there is also the option to access Siddipet from Nizamabad, Karimnagar, and Warangal, which are all well connected by roadways. Siddipet is on Rajiv Rahadari (SH-1) which passes from Hyderabad to Ramagundam. Some of the other roads that connect the region include the SH-16 from Suryapet to Ramayampet via Jangaon. You can easily get the Telangana State Road Transport Corporation public transport buses to most of the important cities and towns from Siddipet. 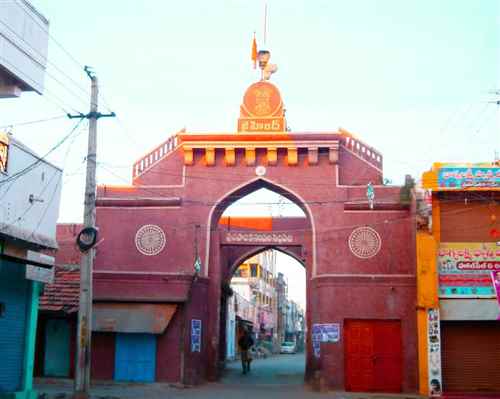 There are a few places to visit in the district and town of Siddipet, in particular the temples in the area are very popular. Some of the options here include-


Besides the temples, you can also visit the two lakes in the district - Komati Cheruvu, Narsapur Cheruvu and the Yerra Cheruvu that have a few entertaining areas for the tourists and also to hang around. For entertainment or seeing movies you can head to Victory Theatre and Venkatesh Kala Theatre.

The district of Siddipet doesn’t have too much of malls and commercial shopping places nevertheless there are a few options that you can check out. These include

With limited options of staying in Siddepet, you can consider some other nearby areas like the highways too. However, there are some options to consider here-

Being close to the city of Hyderabad and being an important district, there are plenty of eaters in this town. You can get a plethora of choices from local cuisines to different multi cuisine delights. Some of these are-

To ensure convenience to the public and preventing mishaps like fire and also decrease crime rates there is a fire station and police station here. The details are given below-

Comments / Discussion Board - About Siddipet